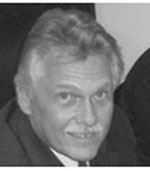 Dr. Brandt specializes in fish ecology and management of marine and freshwater ecosystems. He has produced over 150 scientific publications, given 300 scientific presentations, and led over 80 research cruises studying food webs, fish bioenergetics, underwater acoustics, coastal hypoxia, and physical/biological interactions in a wide variety of ecosystems including the Great Lakes, Chesapeake Bay, the Northern Gulf of Mexico, the Adriatic Sea, and the open oceans. As part of the Federal Senior Executive Service, he directed the NOAA Great Lakes Environmental Research Laboratory for 12 years and earned the President’s Rank Award. He created and led the NOAA Center of Excellence for Great Lakes and Human Health. Previously, he has held tenured faculty positions in Maryland at the Chesapeake Biological Laboratory and in New York (Buffalo, Syracuse) and spent 5 years in Australia working on deep-sea biology. More recently, Dr. Brandt directed the Oregon Sea Grant Program and served as a member of the Oregon’s Ocean Policy Advisory Council (OPAC) where he chaired the Scientific and Technical Advisory Committee. He received his M.S. and Ph.D. in Oceanography and Limnology from the University of Wisconsin, Madison. 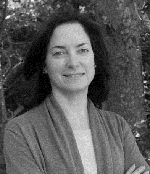 Dr. Lisa Wainger researches the optimal design of environmental restoration investments using a suite of ecological and economic models to evaluate costs, benefits and risks of options and to identify incentive changes that could motivate action. She pioneered techniques to include land spatial configuration into economic valuation and wetland mitigation policy. She is also known for work developing economically-based non-monetary benefit indicators to improve the representation of tradeoffs in natural resource decision-making. As a research professor at an interdisciplinary research center, University of Maryland Center for Environmental Science, Chesapeake Biological Laboratory, she has published widely on water quality, invasive species management, ecosystem service valuation, aquaculture, and commercial and recreational fishing, among other topics. Dr. Wainger received her Ph.D. (environmental and ecological economics) from the University of Maryland, College Park and her B.S. (earth science) from the University of California, Santa Cruz. She serves on multiple science advisory boards to governmental and non-governmental organizations and is past chair of the Scientific and Technical Advisory Board to the Chesapeake Bay Program partnership. 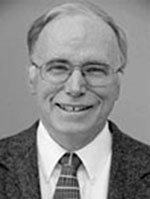 Dr. Lund’s research and teaching interests focus on applying systems analysis and economic methods to infrastructure and environmental problems, including policy, planning, and management studies. His work is primarily in water resources and environmental system engineering, but with substantial past work in solid and hazardous waste management, dredging and coastal zone management, and urban, regional, and transportation planning. He received his Ph.D. in Civil Engineering from the University of Washington. Dr. Lund has been honored with numerous awards: Julian Hinds Award, American Society of Civil Engineers/Environment and Water Resources Institute, Hugo B. Fischer Award, California Water and Environmental Modeling Forum, ASCE/EWRI Planning and Management Council Service to the Profession Award, and the Boggess Award for best paper in the Journal of the American Water Resources Association. 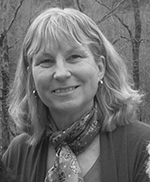 Dr. Virginia Dale is an adjunct professor at the University of Tennessee and Corporate Fellow Emeritus at Oak Ridge National Laboratory. Her research focuses on environmental decision making, ecosystem management in view of disturbances and climate change, sustainability of agricultural landscapes and energy systems, and stakeholder engagement. She earned a M.S. in Mathematics from the University of Tennessee and a Ph.D. in Mathematical Ecology at the University of Washington. Her work has resulted in 11 books and more than 260 scientific articles. She has served on national scientific advisory boards for five U.S. agencies (the Departments of Agriculture, Interior, Energy, and Defense, and the Environmental Protection Agency) and several committees of the National Academies of Science. She was among the international scientists who contributed to the Intergovernmental Panel on Climate Change Scientific Assessment that in 2007 received the Nobel Peace Prize with former Vice President Al Gore. In 2006, she was the Distinguished Scientist for Oak Ridge National Laboratory. She was the Distinguished Landscape Ecologist of the US Regional Association of the International Association for Landscape Ecology in 2013 and chair of that society from 2000 to 2002. 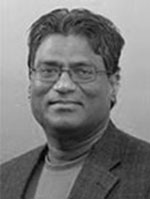 Dr. Fernando is currently the Wayne and Diana Murdy Endowed Professor of Engineering and Geosciences at University of Notre Dame, USA. Earlier he was affiliated with the Department of Mechanical & Aerospace Engineering at Arizona State University (ASU), starting as an Assistant Professor ('84), and serving as an Associate Professor ('88), Professor ('92) and the founding Director of the Arizona Board of Regents Center for Environmental Fluid Dynamics ('94), a position he held until 2009 while holding a co-appointment with the School of Sustainability. In January 2010, he joined University of Notre Dame with primary affiliation in the Department of Civil and Environmental Engineering & Earth Sciences and a joint appointment in Aerospace & Mechanical Engineering. He received his education at the University of Sri Lanka, (B.S. in Mechanical Engineering, 79), the Johns Hopkins University (M.A., 82 and Ph.D., 83) and Caltech (Post-doctoral, 83-4).

Among awards and honors he received are the UNESCO Gold Medal of the Year for the Best Engineering Student (1979), Presidential Young Investigator Award (1986), ASU Alumni Distinguished Research Award (1997), Rieger Foundation Distinguish Scholar Award in Environmental Sciences (2001), William Mong Lectureship from the University of Hong Kong (2004) and Life Time Achievement Award from the Sri Lanka Foundation of the USA (2007). He is a Fellow of the American Society of Mechanical Engineers, American Physical Society, American Meteorological Society and the American Association for the Advancement of Science. He was elected to the European Academy in 2009 and received docteur honoris causa from University of Grenoble, France, in 2014. He serves on the editorial boards of the journals Theoretical and Computational Fluid Dynamics, IAHR Journal of Hydro-Environment, Physics of Fluids and EGS Journal of Non-Linear Processes in Geophysics. He is the Editor-in-Chief of the Journal of Environmental Fluid Dynamics. 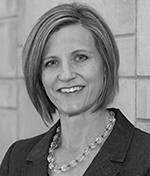 Dr. Tanya Heikkila is a leading scholar in the field of environmental policy and governance and is a professor at the University of Colorado Denver's School of Public Affairs, where she co-directs the Workshop on Policy Process Research. Previously, Dr. Heikkila was an Assistant Professor at Columbia University’s School of International and Public Affairs (2002 to 2009) and a post-doctoral fellow at Indiana University’s Ostrom Workshop in Political Theory and Policy Analysis (2001 to 2002). Dr. Heikkila’s scholarship focuses on how environmental governance processes can be designed to facilitate collaboration, foster learning, and resolve conflicts. Her research has explored these issues in the context of interstate watersheds, large-scale ecosystem restoration, and unconventional oil and gas development. She has over 100 publications, including six books and over 50 peer-reviewed articles. In addition, Dr. Heikkila has conducted training workshops for practitioners of environmental governance, served as a member of the Aspen Institute Dialogue on Energy Governance (2016 to 2018), and has taken on various leadership roles in interdisciplinary research programs. She holds an M.P.A. (1996) and Ph.D. (2001) from the University of Arizona. 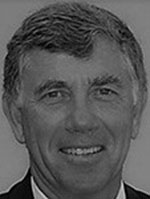 Dr. Holzer is an engineering geologist. His areas of expertise are in earthquake-induced liquefaction, including evaluating hazards and risks of liquefaction, and land subsidence caused by groundwater withdrawal. Dr. Holzer served at the United States Geological Survey from 1975 to 2016 (he is now an emeritus scientist), and held an appointment as a consulting professor at Stanford University from 1994 to 2016. Dr. Holzer has worked on many notable research projects, such as studying global earthquake fatalities, hazard mapping for liquefaction in the San Francisco Bay Area and other regions, investigating ground failure caused by groundwater withdrawal, and evaluating impacts of the 1989 Loma Prieta earthquake. He has published more than 100 peer-reviewed publications. In addition, Dr. Holzer has served on many advisory panels, including chairing the National Academy of Sciences/National Research Council Panel on Land Subsidence from 1985 to 1991 and the committee that developed the 2003 plan for coordinating post-earthquake investigations by Federal agencies. He received his Ph.D. in Geology and M.S. in Hydrology from Stanford University, and his B.S.E. in Geological Engineering from Princeton University.

Professor in the Department of Civil, Environmental and Architectural Engineering and a Fellow of the Institute of Arctic and Alpine Research at the University of Colorado. 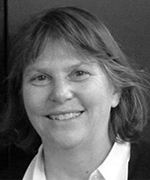 Dr. Diane McKnight began her career with the U.S. Geological Survey. Her research focuses on the coupling of hydrology, aquatic ecology, and water quality. She has studied streams, lakes, and wetlands in diverse regions, including the arctic tundra in Alaska, polar desert streams in Antarctica, alpine lakes in the Rocky Mountains, and wetlands in Botswana. Dr. McKnight has been President of the American Society of Limnology and Oceanography and editor of Journal of Geophysical Research-Biogeosciences and has served on numerous committees for the National Research Council. She is a fellow of the American Geophysical Union (AGU) and the American Association for the Advancement of Science (AAAS), a member of the National Academy of Engineering, and received the John Dalton Award from the European Geophysical Union. From 2015 to 2018, she served as a program officer with the Arctic Program at the National Science Foundation (NSF). Dr. McKnight is currently the 2019 to 2020 Association of Environmental Engineering and Science Professors Distinguished Lecturer and Chair of the Executive Board of the Long Term Ecological Research Network. 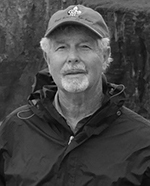 Dr. Robert Naiman’s research explores the structure and dynamics of river ecosystems – including riparian vegetation, and the role of large animals in influencing ecosystem dynamics. These activities laid the foundation for 11 books on aquatic ecology and watershed management and produced more than 230 journal articles. He is an Institute for Scientific Information (ISI) Highly Cited Researcher and former United Nations Educational, Scientific and Cultural Organization (UNESCO) Chair in Sustainable Rivers. He has chaired several national and international committees on water issues, participated on advisory panels for the US National Science Foundation, chaired UNESCO committees, consulted for government research organizations in France and South Africa, and advised conservation organizations as well as private foundations. In recognition for his research and collaborations, Dr. Naiman was awarded the title of Doctor Honoris Causa by the Université Paul Sabatier (Toulouse, France) and received the Eminent Scientist award from the Ecological Society of America. Career highlights include being a research scientist at the Woods Hole Oceanographic Institution, director of Streamside Studies at the University of Washington, visiting scientist with the Centre National de la Recherche Scientifique (Toulouse, France), visiting professor at the University of the Witwatersrand (Johannesburg, South Africa), and professor at the Centre of Excellence in Natural Resource Management at the University of Western Australia. Until recently he was a member of the Independent Scientific Advisory Board, and the Independent Review Panel, for the restoration and management of the Columbia River (USA). His academic degrees are from California State Polytechnic University (B.S.), University of California, Los Angeles (M.A.), and Arizona State University (Ph.D.)